Globalization of Cheap: The Problem of Waste Textiles

Rich countries export huge quantities of used goods to poorer countries. It is an enormous export industry for Canada and the United States. "[U]sed clothing is consistently one of the top ten exports to African countries" for the US (Frazer, 2008, The Economic Journal 118, October, pg. 1765). One of the top ten.

I looked up some stats for another region, Central America: in 2010, the US exported 100,349,485 kilograms of used clothing to the CAFTA-DR countries (they are Costa Rica, El Salvador, Guatemala, Honduras, Nicaragua and Dominican Republic). Over one hundred million kilograms. In one year. To one region. 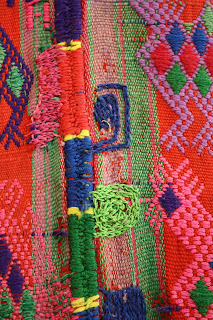 These exported second hand goods are sold to local entrepreneurs who then retail them in market stalls, shops and door-to-door. In Zambia these goods are sold as salaula, a noun derived from a verb used to describe the act of 'rummaging' (see Karen Hansen's awesome book.) In Central America they are sold as ropa americana which means 'American clothes'. I have been told that this term originated for the clothes left behind by aid workers, missionaries and Peace Corps volunteers. That might not be true, but it is apt in other ways.

The most magnificent of all the names for these imported used goods comes from Ghana- obroniwuawu. Which means 'the white man is dead'. 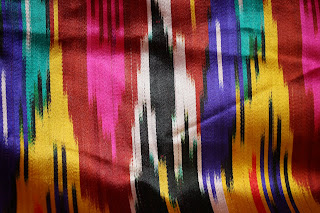 Well, no, all of these second-hand clothes do not come from dead white men. The sad truth is that they are produced by the normal functioning of the economy in places like Canada and the United States, places where the importation of mass-produced cheap clothing drives over-consumption. Because garments can be easily replaced as they cycle out of fashion.

The 'old' stuff is donated to charities which sell a small portion at home, and then sell the rest by the pound to used clothing exporters like this one. They sort it and bale it and load it on the container ships that take it far and wide. 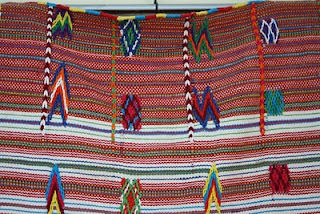 And, predictably, this textile waste from the richest countries undercuts African and Latin American weavers, millers and seamstresses. Everyone from the large textile factories to the seamstresses who used to make a living sewing clothes for their customers is overwhelmed by the flood of textile waste. The problems are so acute, and so much a matter of national success or failure that some countries are beginning to reject it. You can read an article about Ghana's tentative steps toward stemming this flood of used goods here.

Ghana is making a crazily courageous move. Restricting the flow of used goods has impacts all the way back to the sending country. Canadians would have to find some other outlet for their own used stuff, for example!

And, what of the workers who produce all this cheap stuff? Like the workers in the assembly plants in Honduras who sew the $5.00 t-shirt that later becomes the $2.00 salaula t-shirt? Assembly of goods for export (to the US and Canada) is the second largest sector of Honduras' economy. Can anybody afford not to be 'cheap' anymore? Are we all captive of this system now? 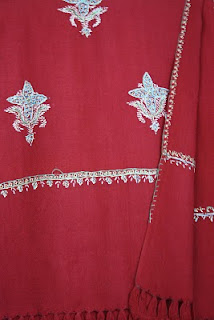 But maybe 'cheap' hasn't won, just yet. The example of Nigeria's wax-resist textile manufacturers is a partially hopeful one. These producers now find they are competing with cheap counterfeits of their wares that are being smuggled into the country from China. But Nigerian producers provide a product that is valued for its intrinsic qualities. In a lesson that is important for everyone, these producers are asking consumers to choose these qualities over 'cheap'. 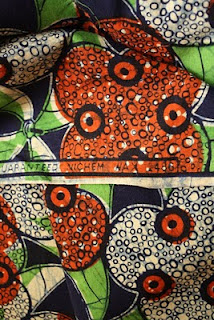 Now. The pictures in this post are of some of the garments I have collected that are representative of the industries and production systems that are being displaced in this globalization of 'cheap'. I can tell you that they were all inexpensive- these are all from the Goodwill.

These textiles are part of the puzzle, because they, too, have become waste. How do these common, locally made and beautiful garments and cloths come to be discarded? Were they purchased by a tourist, and then, like a $5.00 t-shirt, tossed away? Were they 'mom's old stuff'? Were they fashionable decorative items that have fallen out of fashion?

The pictures here are my indictment of this strange system of consuming/discarding, and the implications it has for our collective ability to comprehend its consequences.
Posted by Gracie at 6:04 AM 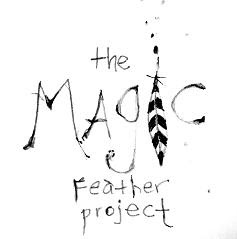 Gracie
A little blog about making art out of old stuff.